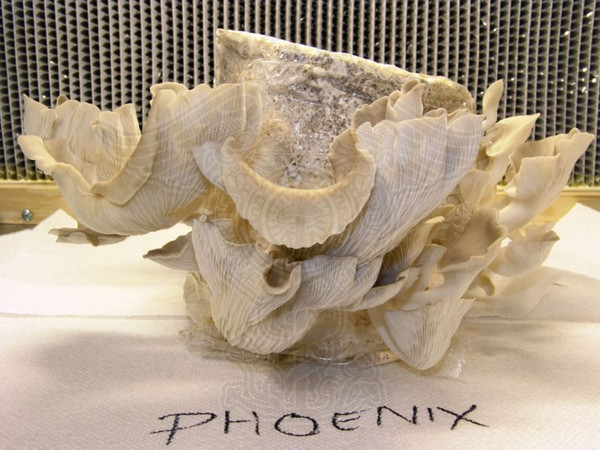 Another great Oyster strain! Very similar to Italian Oyster since it is the same species with just a few differences in the way they grow. Genetically strong. This strain is the preferred oyster strain around the world for mass production mushroom growing facilities. It is the most common you would see at any super market. It fruits easily and eagerly on a wide range of temperatures from mid 50s to low 80s.

Reported Health Benefits: Oyster mushrooms are best known medically for their cardiovascular and cholesterol-controlling benefits. Oyster mushrooms contain mevinolin and related compounds which are potent competitive inhibitors of HMG CoA reductase (3-hydroxy-3-methyl-glutaryl coenzyme A reductuctase), the major rate limiting enzyme in cholesterol biosynthesis. In addition, they have been shown to have activity in the following:

IF MUSHROOMS BEGIN TO FRUIT UNDERNEATH THE PLASTIC, THEN CAREFULLY CUT THE PLASTIC AROUND THEM WITH SCISSORS TO WIDEN THE OPENING AND TO ALLOW THEM TO COME THROUGH.