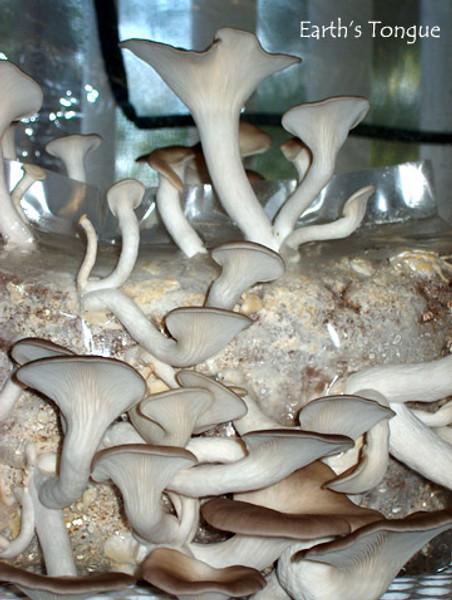 This is a great species to have! It is incredible. It is very genetically strong. It is a super fast colonizer that will colonize almost anything. It also fruits easily with minimal effort and all you have to do is maintain a high humidity level and air it out twice daily. Keep it close to a window for best results. Temperatures in the mid 70's works best for this species. Starting from culture is not as hard as one might think. It provides a much faster colonization than spores would. Colonization should be visible within 2-3 days. We've seen similar cultures even smaller in size run houndreds of dollars! Now from E.T.Labs© we bring these awesome cultures for a very affordable price.

Reported Health Benefits: Oyster mushrooms are best known medically for their cardiovascular and cholesterol-controlling benefits. Oyster mushrooms contain mevinolin and related compounds which are potent competitive inhibitors of HMG CoA reductase (3-hydroxy-3-methyl-glutaryl coenzyme A reductuctase), the major rate limiting enzyme in cholesterol biosynthesis. In addition, they have been shown to have activity in the following: