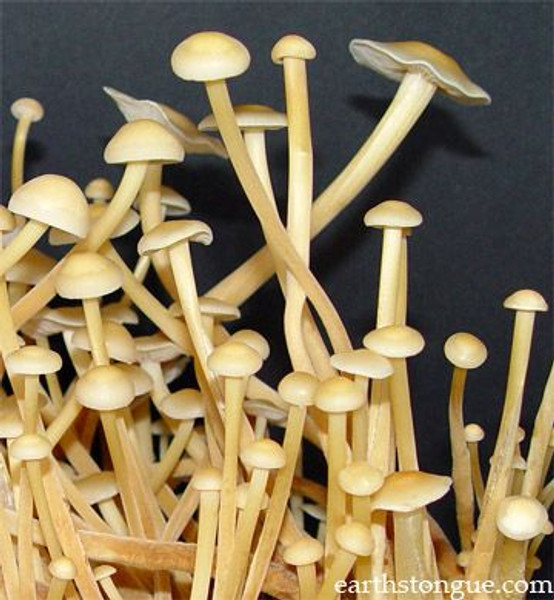 Reported Health Benefits: Enokitake is a popular edible mushroom in Japan where a tender cultivated form of the wild version is called "enokitake." It is commonly used in Japanese cooking and increasingly can be found in salads in gourmet restaurants. If taken on a regular basis, Flammulina velutipes may prevent, as well as cure, liver disease and gastroenteric ulcers (Ying et al, 1987; Yoshioka et al, 1973).

Enokitake contains several types of amino acids including valine, which inhibits the growth of Ehrlich ascities tumour and sarcoma 180 in mice; and lysine, reported to increase body height and weight (Ying et al, 1987). Enokitake contains a cardiotoxic protein (flammutoxin) that is rendered harmless when subjected to heat (100 degrees C) for 20 minutes. I would caution against the chronic use of enokitake raw in salads or other dishes.

Depending on humidity, carbon dioxide, and light, Enokitakes can grow very long with small caps. If given more oxygen they will grow smaller and a bit wider.

Enoki mushrooms have a mild but delightful flavor and a pleasantly crunchy texture. Cut off and discard the bottom of the cluster of mushrooms (up to the point where individual mushroom stems can be separated). The stems are generally left long.